Surveys can be scary 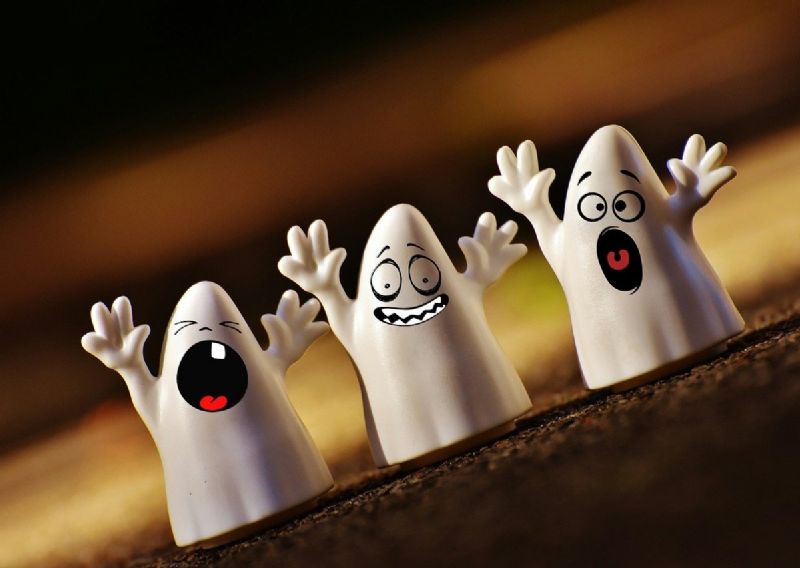 Buying a house, especially your first, can be a scary business.  Pinpoint's ethos is Life's Moves Made Simple but try as we might, buying a house or selling a home are processes that rarely go from beginning to end without some kind of hiccup or obstacle to overcome.  It's one of the biggest purchases most people will ever make and the level of stress you feel is possibly directly related to how well you cope with not being in full control of events.  If you've chosen your estate agent and solicitor well, they will navigate a path through potential issues leaving you blissfully unaware of many of them.  Some are unavoidable and need to be faced e.g. the survey.

There's nothing like a survey report to strike fear into the hearts of first time buyers and home movers alike - the property that’s up for sale has a defect.

This is the moment when the estate agent earns their money.  On one side, theres a vendor who’s emotionally attached to their home despite its failings, and on the other, there's a buyer in whose mind red lights are flashing and saying ‘problem’.

Step 1: Don't panic!
That first read of a survey report can be truly terrifying.  Many have lost the home of their dreams through panic instigated by a survey.  We dread it's arrival and are predisposed to read it and only register the problems.  Try and remove the emotion from it. Don't just read it once.  Put it down an hour, take a deep breath and then re-read it starting from the conclusions page and working your way from the back to the front.  See our Casefile below as a great example of why you should do this. Bear in mind when reading the survey that the majority of the housing stock in N.Ireland probably doesn't conform to the most recent building standards which surveyors are assessing them against, but that they are still structurally sound.  Even purchasing a new build doesn't offer you a guarantee of a problem free survey.

Step 2:  It's good to talk!
Speak to your estate agent. Speak to your solicitor.  Show them the report.  Take advice. Sometimes the defect isn’t half as disastrous as first feared. Sometimes the vendor will rectify the defect, or reduce price to allow for works needed.  There is, however, a big difference between a small patch of damp and rampant rising damp that affects the whole house.

Step 3:  Money
The fact is, everything tends to come down to money.  How much did the surveyor value the house at for mortgage purposes and how much it's going to put the defect right.  If costs are attached to the intial survey, be cautious of them...the surveyor may be quoting costs involved in bringing a property to up to the most current building codes - often a desirable rather than an essential.  Bring in a specialist with experience in the problem, and get an estimate for the work required.  Knowing when to walk away from your dream home because of unforeseen problems is a tough and emotional decision and letting fear control your decision could result in heartbreak and being out of pocket.  Making an informed decision, will give you more peace of mind if you do decide to walk away.

Case File
We were selling a recently refurbished 3 bedroom semi detached family home.  It was a period property approximately 100 yrs old. The family's parents had resided in it many years and it had been beautifully maintained.  The first purchaser to see it fell in love with it and, with their offer accepted, sale proceedings began.  The survey was returned, the first time buyer read it in increasing horror and called to immediately withdraw his offer.  We asked him to delay his decision and provide us with a copy of the report.  On first read through we could understand his fear.  The roof needed replaced and ventilation installed to prevent condensation damp. It recommended the chimney stack be demolished and rebuilt with permission of owners of adjoining property, and the electrics fully upgraded to current standards. Also remedial work to rectify an area of damp in the ground floor.  The surveyor quoted figures of approximately £30,000 to meet all his recommendations.

Reading from the back of the report forwards though gave a different view.  In the second paragraph of the Conclusion on page 13 was the line..'It should be noted that much of this cost is attributed to upgrading works which whilst desirable are not strictly essential.'

Reading backwards from the conclusion..the property had a small localised area of damp (which cost the vendor a couple of hundred pounds to rectify and was done within the week).
Though the 'timber floors appear generally firm underfoot' the surveyor estimated approximately £2,000 to replace flooring that 'might' have been affected by the damp area 'on a worst foreseen basis'.  They were not concerned enough however to recommend a separate damp and timber survey.

'The chimney stack is generally in fair structural condition' but it being a period property, they thought it likely the chimney would not have been constructed in a way that meets current good design practice and so they estimated £4,000 to demolish and rebuild it to current building standards.  'Whilst there was no obvious evidence of condensation or rot noted' in the roof void of this 100 year old house £1,000 was added to the estimated costs to install vents to prevent any condensation that might occur in the future.

And on it went...from levelling the paved back step to considering replacing the roof on the detached shed and overall totalling an estimated total of £30,000.  However, they estimated the property to be worth the purchase price and recommended no retentions for works they thought it needed.

Unfortunately in this instance the first purchaser fixated on the surveyor estimate and insisted on seeing all the surveyors recommendations as requirements.  They would not be persuaded to retain their own specialists or builder, losing their dream home and several hundreds in survey costs as a result.  We win some, we lose some.

A week after falling through, the property was re-agreed at the same price.  A more pragmatic approach was adopted to the second survey carried out and all sailed swiftly through to completion with most of the legal work having already been carried out.